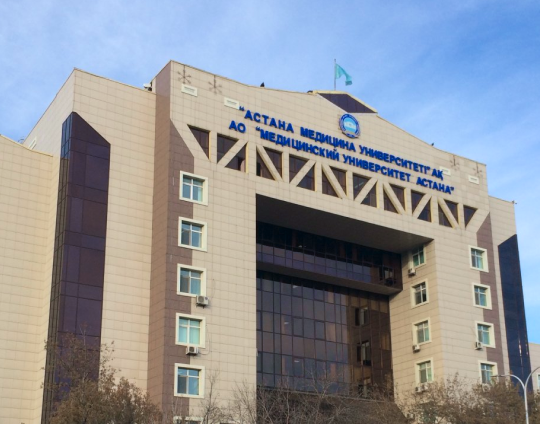 Dear guests of the site!!!
You are welcomed by the NpJSC "Astana Medical University"

Astana Medical University is one of the largest and dynamically developing medical universities in our country, has a high reputation in the field of higher medical education, its own traditions, both in the provision of educational services and in the development of medical science and clinical activities

It should be noted that not only the name and status of the university has changed, but also the number of specialties has increased, credit learning technologies and a three-stage education system have been introduced - bachelor's, master's, doctoral studies, the number of students has increased, active work is underway to introduce innovative technologies into the educational process. The clinical bases of the University are the largest national and republican centers - subsidiaries of the National Medical Holding.

The University has been consistently ranked among the leading medical universities of the Republic of Kazakhstan for many years. The University's academic partners are leading universities in the USA, Singapore, Europe, and Russia.

The status of the university poses new challenges to us in medical education and science, opening up broad prospects for sustainable and long-term development. 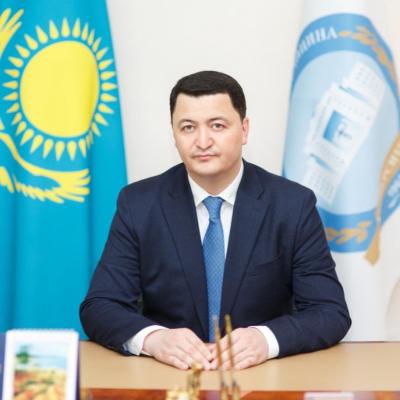 Kamalzhan Nadyrov was born in 1983 in the city of Almaty. He is a graduate of the Kazakh State Medical University named after S.D. Asfendiyarov. He also studied at the Turan University, the Higher School of Public Health. Over the years, he studied at Duke University, The Fuqua School of Business (USA), Parkway College (Singapore), the Florence Nightingale group of clinics (Turkey), Oxford Social Health Insurance system (Germany). He holds an MBA in Public Health and an Execuitive MBA in Business Administration.

From 2007 to 2014 - worked at the Scientific Center of Urology named after B.U. Dzharbusynov as a clinical resident, head of department, deputy general director.

In the structure of the Ministry of Health, he worked since 2014. He held the position of Deputy Director of the Department for Standardization of Medical Services.

From 2016 to 2017 - headed the Republican Diagnostic Center - director of the branch of the University Medical Center.

From March 2018 to March 2019 - the head of the Public Health Department of Astana city.

From June to October 2020 - Head of the Public Health Department of Almaty.

Awards and medals: medals “For a great job”, “Unity of the people of Kazakhstan”, badges “For the contribution to the development of healthcare”, “Excellent health worker”. 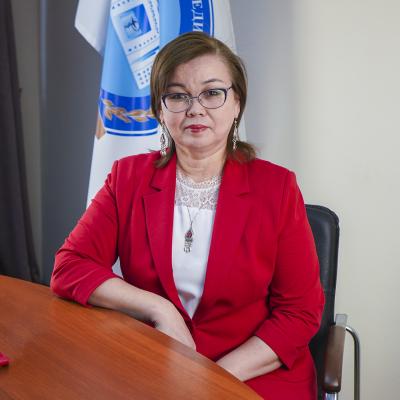 In 1997, she graduated from the Akmola State Medical Academy with a degree in Pediatrics. Candidate of Medical Sciences, Associate Professor.

2009 - 2014 head of the educational and methodological office of JSC “Astana Medical University”.

2014-2018 head of the educational and methodological center of JSC “Astana Medical University”.

2018-2022 Director of the Department for Academic Activities of NJSC “Astana Medical University”.

She has more than 40 research works in publications of the Republic of Kazakhstan, countries of near and far abroad, the author of teaching aids. 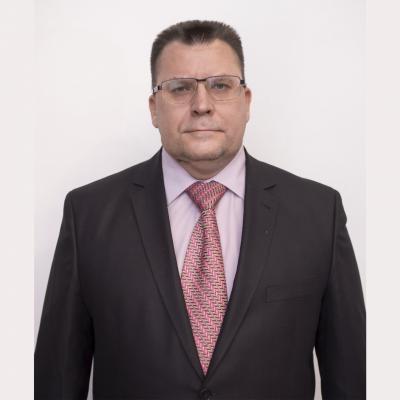 He is a member of the Biomedical Council of AEO “Nazarbayev University”, the Committee for Standardization of Medical Care, Accreditation and Development of Human Resources of Healthcare of the RCC MH RK, editor-in-chief of the scientific and practical journal “Journal of Health Development”, a member of the international professional society on health economics and ISPOR research and international organization of professionals in the field of health systems research “Health Systems Global”.

2002 - 2007 – from laboratory assistant to associate professor of a chair of the Karaganda State Medical Academy;

2007 - 2008 – expert of the Administration of Medical Education and Science of the Department of Science and Human Resources of the Ministry of Health of the Republic of Kazakhstan;

2008 - 2010 – education manager of the Science and Education Group of “National Medical Holding” JSC;

2009 - 2011 – deputy director for Science of the Republican State Enterprise “Institute for Health Development” of the Ministry of Health of the Republic of Kazakhstan;

2011 - 2012 – director of the Department of Science and Education, Scientific Secretary, Republican State Enterprise “Republican Center for Health Development” of the Ministry of Health of the Republic of Kazakhstan;

2012 - 2014 – head of the Center for Scientific Research, Expertise and Innovation in Healthcare, Republican State Enterprise “Republican Center for Health Development” of the Ministry of Health of the Republic of Kazakhstan;

2014 - 2016 – director of the Department for the Development of Medical Science and Education, Republican State Enterprise “Republican Center for Health Development” of the Ministry of Health of the Republic of Kazakhstan;

2018 - 2021 – head of the Center for the Development of Education and Science, Republican State Enterprise “Republican Center for Health Development” of the Ministry of Health of the Republic of Kazakhstan;

2021 - 2022 – deputy chairman of the Board, RSE “National Scientific Center for Health Development named after Salidat Kairbekova” of the Ministry of Health of the Republic of Kazakhstan. 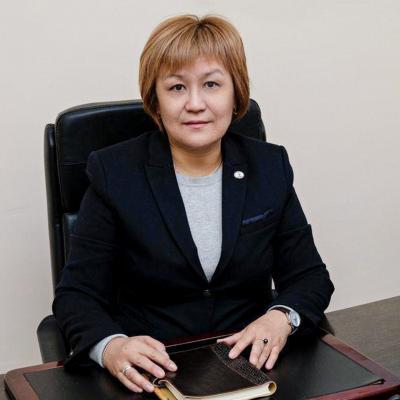 In 1990, she graduated from the Karaganda State Medical Institute, doctor of medical sciences, professor, infectious disease specialist of the highest category.

1990 - 1992 infectious diseases doctor of the Regional Children’s Hospital in Kokchetav;

1995 - 2000 assistant intern, then assistant of the Chair of Children’s Infectious Diseases of the Karaganda State Medical Institute, Karaganda;

2000 - 2002 associate professor of the Course of Children’s Infectious Diseases of the Karaganda State Medical Institute, Karaganda;

2010 - 2012 head of the office of clinical work and employment of graduates of KSMU, Karaganda;

She has more than 200 scientific publications, 6 textbooks in the field of medicine and medical education, 3 certificates of intellectual property, 1 textbook “Infectious diseases” in the Kazakh language. 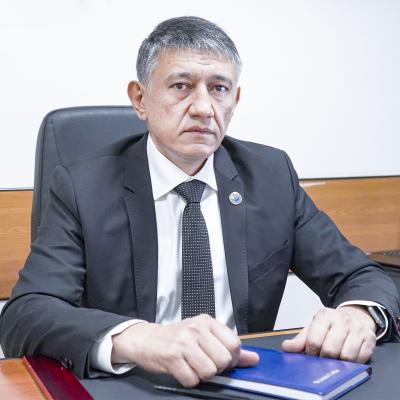 In 1995, he graduated from the Zhambyl Technological Institute of Light and Food Industry as an engineer-economist, and in 2002, he graduated from the Kh.A.Yassavi State International Kazakh-Turkish University as a lawyer. Candidate of Economic Sciences (2008), professional accountant (2016), state auditor of the Republic of Kazakhstan (2016), auditor (2019).

July 2000 - June 2008 – work in the tax authorities of the Zhambyl region and the SEZ “Astana - zhana kala” (specialist, leading and chief specialist, head of office, head of administration);

June 2008 - January 2009 – chief expert of the Financial Control Committee of the Ministry of Finance of the Republic of Kazakhstan;

January 2009 - October 2009 – head of the Administration of Compulsory Collection of the Tax Department for the Zhambyl region;

October 2009 - June 2016 – work in the Financial Control Committee of the Ministry of Finance of the Republic of Kazakhstan (chief expert, head of the Analysis, Planning and Reporting Administrations, Budget Execution Control Administration No. 2, Head of the Inspectorate for Astana, Deputy Chairman of the Committee);

June 2016 - November 2016 – deputy chairman of the Internal State Audit Committee of the Ministry of Finance of the Republic of Kazakhstan;

September 2020 - January 2021 – deputy director for Legal Affairs of “Elorda Kurylys Company” LLP (authorized organization for the completion of the construction of problematic facilities in Nur-Sultan);

June 2021-November 2021 – head of the Internal Audit Service of the RSE on REM “National Scientific Center for Health Development named after S. Kairbekova” 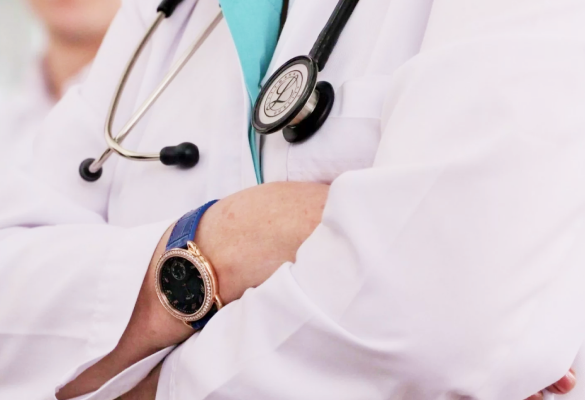 The development of Society by providing high quality education, science and clinical practice through the training of a new generation of medical personnel, modern science and the concept of the health of the nation

The university is known for its contribution to the development of healthcare in Kazakhstan by training highly qualified specialists based on the unity of education, science and clinic. In the upcoming 10-year period of its development, the University will enter the international ranking of the best universities in the world according to QS. 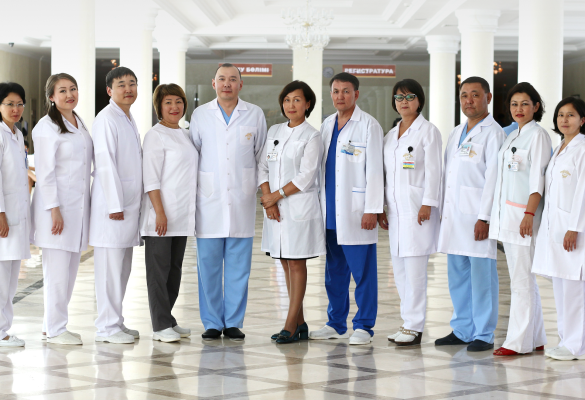 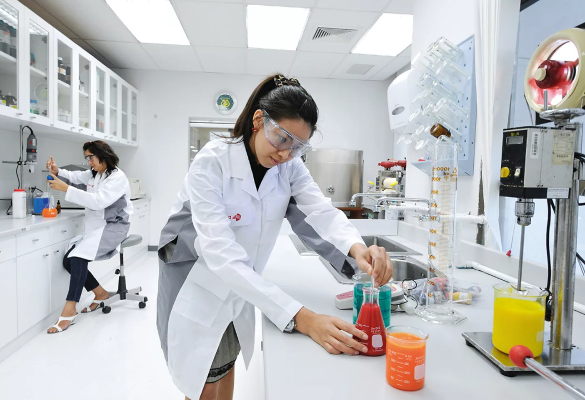 — Internationalization of the University's activities;